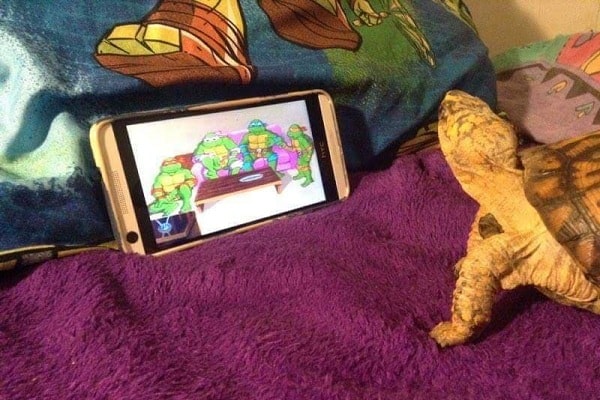 Have you ever felt curious about the box turtles? If you have the slightest knowledge about turtles, you would know this species is different from others.

A box turtle owns different qualities that are very impressive. The most amazing part is, different subspecies of the box turtle has various abilities, which make this species more popular.

I have been keeping a box turtle for a long time, and I love reading about them. When I learn something new, I want to share it with you guys. In this article, I will talk about some fascinating facts about box turtles.

Why the species is called box turtle?

Adult box turtles have crosswise belly hinge. It allows a box turtle to shut its shell like a box after stretching head and leg. That is why the species is called a box turtle.

The box turtles have a hard shell that protects the soft body from the outer pressure.

They look alike, but genetically different

A box turtle can be categorized into two main groups. These are North American Box Turtle and Asian Box Turtle. The scientific research indicates that these two types do not have a similar genetic structure. Though they have different genetical structures, they look pretty close to each other.

The North American box turtle belongs to the genus Terrapene. Its family is Emydidae. Many species (mainly four) and subspecies are counted under this genus and family. Eastern box turtle, three toed box turtle, ornate box turtle, gulf coast box turtle, etc. are some common subspecies of box turtle, which belong to this family.

We are losing them

This beautiful species is going towards extinction. Many of its subspecies is already at the list of endangered species. The main reason behind this is the smuggling and black market.

Box turtles have gained popularity over the years, and many people have made it their source of business. They are doing illegal business of box turtles all over the world.

Another reason is climate change and pollution. The wild box turtles are losing their habitat due to this situation. Many of its subspecies have extinct already.

Many states of the world have legal notices on the trade of box turtles. For example, each state of the USA has its own law regarding the box turtle.

Many of the states have declared it illegal to keep if you have taken it from the wild. It is because wild turtles can spread germs, and it is an endangered species. These laws are really noticeable as they are working to save this beautiful creature from extinction.

Buy Or Not To Buy

Here are two ways you should avoid to get a box turtle. The first one is, you should not take a box turtle from the wild to make a pet. It is inappropriate, even if it is a baby.

Do not order your box turtle through mail orders. Many of these are trading box turtle in an illegal way. As a turtle lover and pet owner, you should never promote black markets.

You can get your box turtles in different ways. The easiest way is to go to a local store or contact them for a pet. You can also contact the turtle rescue groups.

Turtle rescue groups know which turtles can not go back to the wild, and which ones need former parents. So by contacting them, you can easily get a box turtle.

We all know that a pet box turtle can be kept in both indoor and outdoor habitat. Some countries and states have different rules on this. But no matter which type of habitat you make, you have to ensure your box turtles’ safety. For outdoor habitat, you have to make the enclosure predator proof.

You have to make it escape-proof. Moreover, while choosing the glass for your turtle’s tank, choose the ones that have dense sides. Box turtles will not be able to see through those glasses.

No matter captive or wild, both box turtles have a tendency to dig the soil for protection. So you have to put a thick layer of soil to make it feel comfortable. Moreover, dry leaves, moss, and other elements can make a grand blending for the bed.

Box turtles love the warm environment. 70 to 85 Fahrenheit is the most comfortable temperature for them. But it also depends on the region and weather. You can buy special equipment, or use lamps, or sunny shades in the garden for this.

Humidity is another important factor for your box turtle. Most of the subspecies prefer 60 to 80 percent humidity. Desert box turtle feels content at 60 percent of moisture.

Water is a must

Box turtles love water. They have a weakness for freshwater. They drink water; use it for bathing, soaking, and washing.

In the wild, box turtles tend to make a habitat near a freshwater source. So in a captive situation, you have to arrange a water source for it.

Box turtles can experience two types of hibernation. In the cold season, the box turtles generally brumate. They can aestivate if the temperature rises by certain degrees.

Box turtles have a long life. They have an average lifespan of 30 to 70 years. Depending on subspecies, care, and other factors, it can live up to 100 years.

Box Turtles Can Eat It All

Box turtles are considered to be omnivores. In the wild, they eat both plants and worms for living.

One scientific study concluded that a box turtle eats almost 130 varieties of food.

Box turtle can eat anything if it comes to their survival.

Box turtles love solidity. They tend to leave alone throughout their life. But it does not mean that they are not friendly. Box turtles are friendlier than most other reptiles.

Box turtles are considered as a homesick species. They do not leave their home and tend to spend their entire life in the same area. If you ever put a box turtle away from its home, it can find its way home.

Box turtles have a great instinct in this case.

Eyes Can Tell The Gender

There is a simple trick you can use to determine any box turtle’s gender. For any species, the male box turtles have more colorful eyes than the female ones.

That is all for now. There are many more facts about box turtles. I hope you enjoyed this article and you may find the facts helpful in the future.