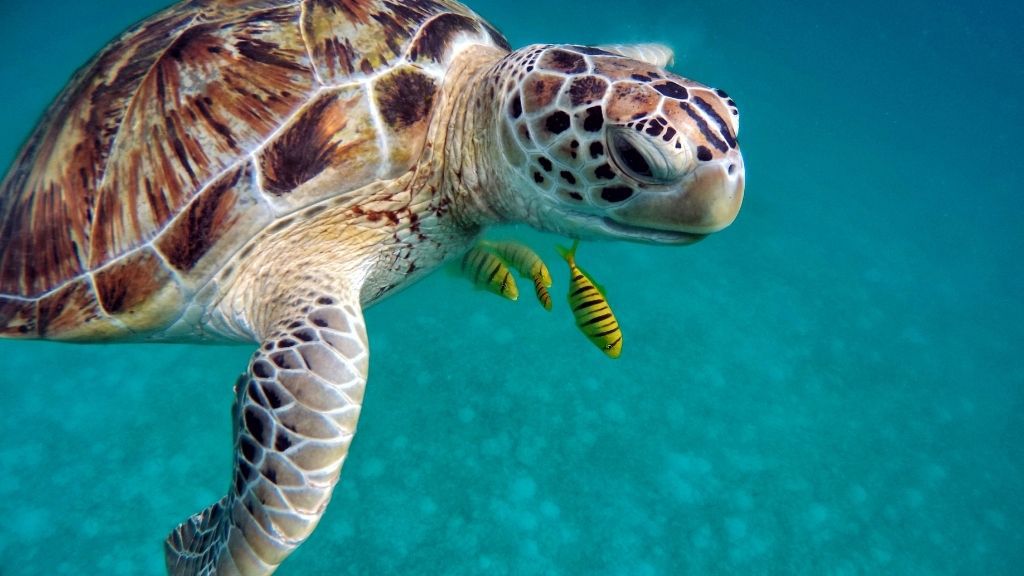 Sea turtles have always been wrapped up in mystery for most turtle enthusiasts. It is maybe because of the limited knowledge we have on the species. Even the researchers can not claim the exact life longevity or lifespan of a sea turtle species. How long do sea turtles live?

According to the limited data and resources, the average lifespan for a sea turtle is 50 years. Some sea turtle species can live up to 100 years or more. Each of the 7 species of sea turtles has a different life expectancy.

How Long Do Sea Turtles Live?

The researchers do not have sufficient data on the sea turtle’s lifespan. It is because captivating the species is challenging, and the environment may impact their life expectancy. Depending on the limited data, I have prepared a chart of sea turtle’s life longevity.

Are you struggling to recognize the sea turtle species? Check this article to learn the identifying process of sea turtles the easiest way.

Leatherback sea turtles have faster growth than most other hardshell turtles. At the age of 9 to 20, the turtles reach their sexual maturity. With a proper and pollutionless environment, these turtles may have a longer life expectancy.

Why Do Sea Turtles Live So Long?

Imagine being a turtle and enjoying a 150 years long life. Ain’t that interesting? The history of sea turtles goes back around 100 million years. Throughout time, the species have managed to survive the change of the world.

The sea turtles are known for their bulky size and long-lived life. Don’t you ever get curious about how the species manage to live so long?

The secret of the sea turtle’s long lifespan is slow metabolism. It is the conversion rate of food to energy. Metabolism plays a key role in a sea turtle’s life as it decides the creature’s size, structure, and longevity.

Slow metabolism means the turtles use less energy and still manage to maintain the daily activities. These creatures can survive on small amounts of food because of the slow conversion of energy. Due to the rate of metabolism, these turtles experience slow growth and long life.

A lesser heartbeat rate is another indication of the slow metabolism. When the sea turtle slows down the heartbeat rate, the oxygen requirements drop. You will be surprised to know that the Green sea turtles can slow down their heartbeat rate to 9 minutes between each rhythm.

In simple terms, the fuel of a sea turtle’s long life is the slow metabolism.

Life Cycle Of A Sea Turtle

Scientists are still trying to gather information on the upper limit of a sea turtle’s lifespan. As sea turtles are mostly out of our reach and tough to pet in captivity, the task is challenging.

The researchers only get a hold of the sea turtles when they are injured, trapped on the shore, or just come out of the eggs. Even with an electronic tracker, the creatures can not be monitored for more than 24 months.

With the accessible data and observations, researchers have divided the sea turtle’s life span into several stages. Such as,

The life of a sea turtle starts on the beach as it comes out of the egg. The hatchlings are vulnerable and mostly fall victim to predators. Baby sea turtles do not get the support of a mother and get on the survival journey on their own.

The hatchlings communicate to each other with a low frequency sound before cracking the eggs. After emerging from the sand, the babies head towards the seawater. At that time, the hatchlings generate a low tuned noise to seek the attention of any nearby female sea turtles.

Here you can read more about how a baby sea turtle creates sound.

The survival rate of the sea turtle hatchlings is low, close to 0.001%. After the babies head towards the sea, we are unable to keep track of them. The period is often referred to as the lost years. It can last for 10 years or more.

Scientists have tried implanting a tracker on the sea turtles. The obtainable information indicates that the hatchlings head towards the deep sea to avoid any predators.

Also, the young turtles choose a place where they can find an abundant amount of food, especially seaweed. It helps them grow to the full size.

A sea turtle gains its sexual maturity between 15 to 50 years, depending on the species.

Once the creature attains reproductive ability, it will swim back to its birthplace and look for a mating partner. Usually, the female adult sea turtles mate with several adult males.

During the copulation, the male turtle mounts the female one from the back. In the sea, there is high competition for mating with a female turtle.

The nesting stage is only experienced by the gravid sea turtles. The mother goes to a tropical or subtropical seashore and digs a body pit for nesting. Generally, the turtles nest at their birthplace and in a community.

A female sea turtle can lay 100 eggs at one time and nest 2 to 8 times each season. After laying eggs, the mother turtle covers the nest with sand so that the predators fail to detect anything. Then the turtle heads back to the sea without looking back. Within 6 to 8 weeks, the hatchlings hatch and begin their journey.

Can turtles live for 200 years?

However, viral video footage supports that in the 1930s, a team of turtle hunters found a Green sea turtle on the shore of Mexico city. The group claimed the creature to be around 200 years old.

Another incident happened in South Padre Island, Texas. A turtle rescue team once saved around 2500 sea turtles from freezing in the cold. Among all the reptiles, they noticed a 400 pound sea turtle. They claimed the turtle to be 200 years old.

Again, the news in the Philippines reported that a team discovered a sea turtle in a fish pen. The estimated age of the turtle was close to 200 years. According to the report, the elderly sea turtle was transferred to the Bureau Of Fisheries And Aquatic Resources.

The popular pet turtle species hardly cross a 200-year lifespan, let alone 500 years. However, experts claim that certain species of turtles may live up to 400 to 500 years. Tortoises, the close relatives of the turtles, can live 500 years or more.

According to a report of March 2, 2003, a senior citizen released a 68 centimeters long and 42 centimeters wide captive turtle in the sea. Experts estimated that the age of the freed turtle was 500 years. The incident occurred in south China’s Hainan Province.

1000 years is a long period for any being on the earth. There are very few animals who are lucky to live more than 500 years. Unfortunately, turtles can not live up to 1000 years. The average lifespan of turtles ranges between 10 to 80 years.

Find out the life expectancy of different turtle species from the following articles,

How old is the oldest turtle?

When it comes to turtles, sea turtles have a longer lifespan. A captive 300 kg sea turtle in the Guangzhou Aquarium in China is estimated to be 400 years old. If the claim is true, then it is the oldest turtle on the planet.

Snapping turtles also live a long life. Though they have an average lifespan of 70 to 80 years, the alligator snapping turtles can live up to 200 years.

Sea turtles are indeed blessed with long life expectancy. Unfortunately, these turtles are in danger of extinction. As a community, we can help to restore the balance of the sea turtles by rescuing and adopting them.