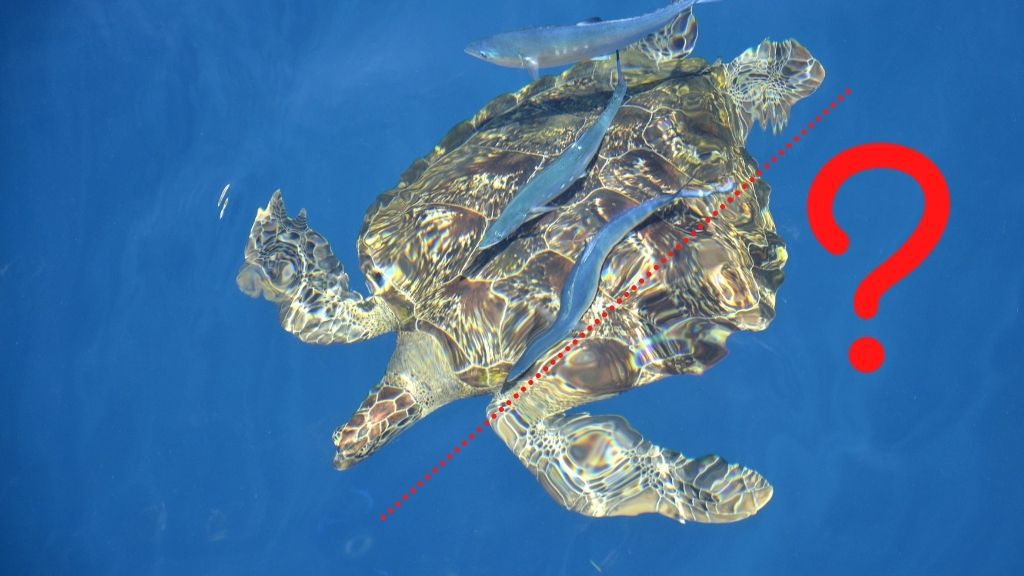 The word “Sea turtle” creates the image of a species with a large body, streamlined shell, and flippers in my mind. The marine turtles live a mysterious life in the ocean. Hence, most of the life information of the sea turtles is unknown to us, but not their size and appearance.

Do you know how big the other 5 sea turtle species can get? or why do marine turtles get so big? This article will answer all these questions.

How Big Do Sea Turtles Get?

Sea turtles have 7 species available in the world right now. Each species grows up gaining different sizes. I am including a chart indicating the average size of all sea turtle species. 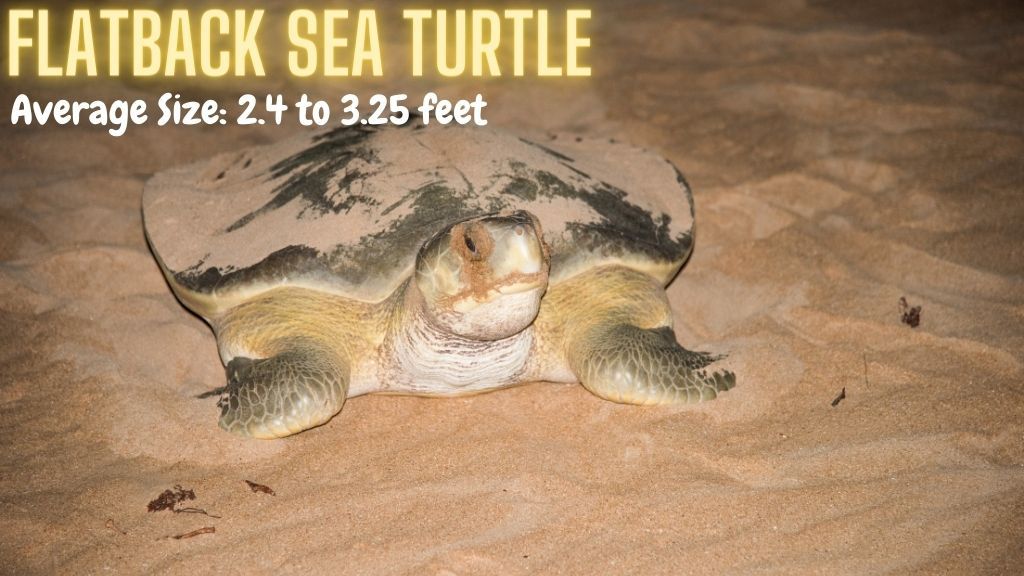 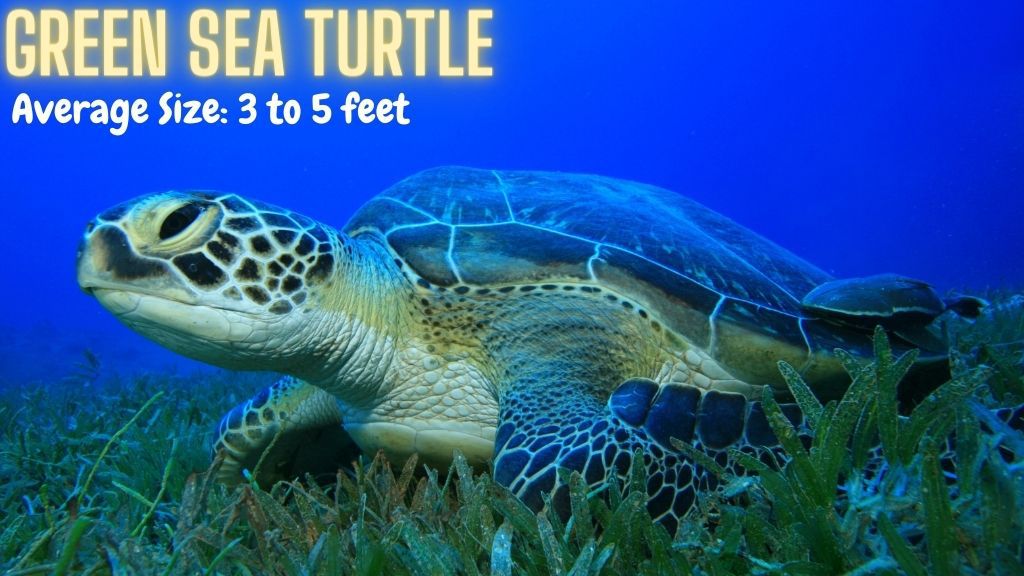 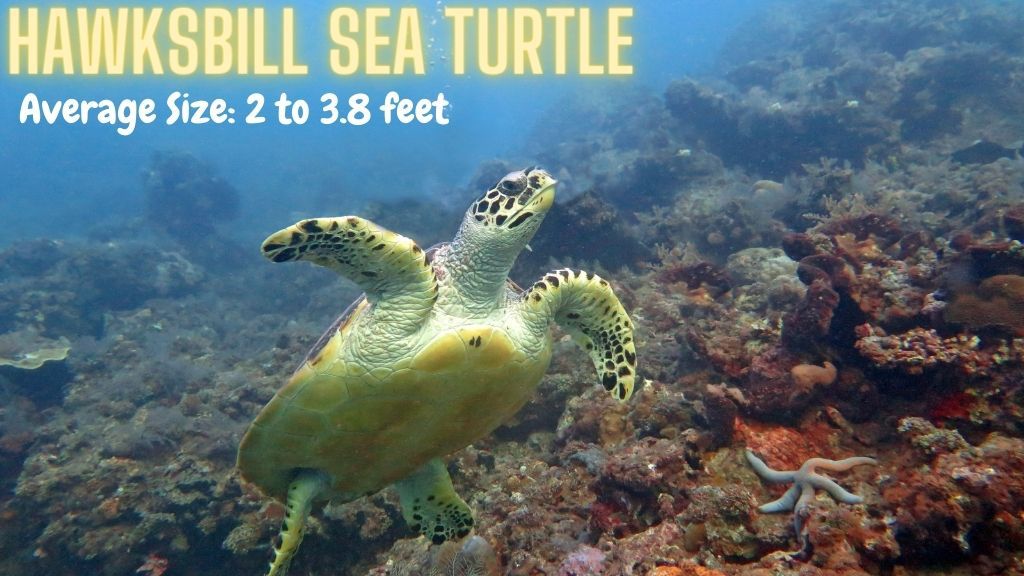 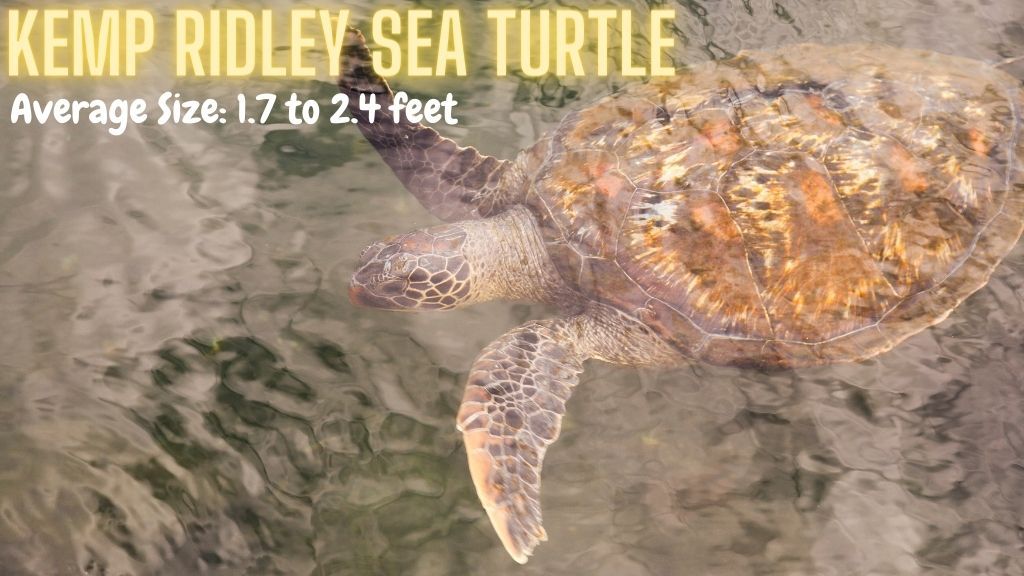 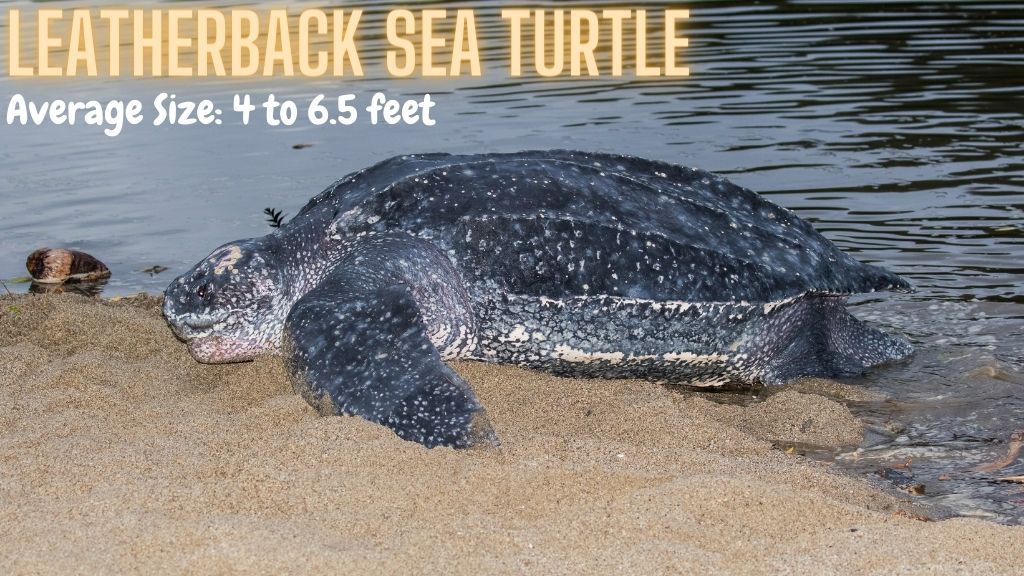 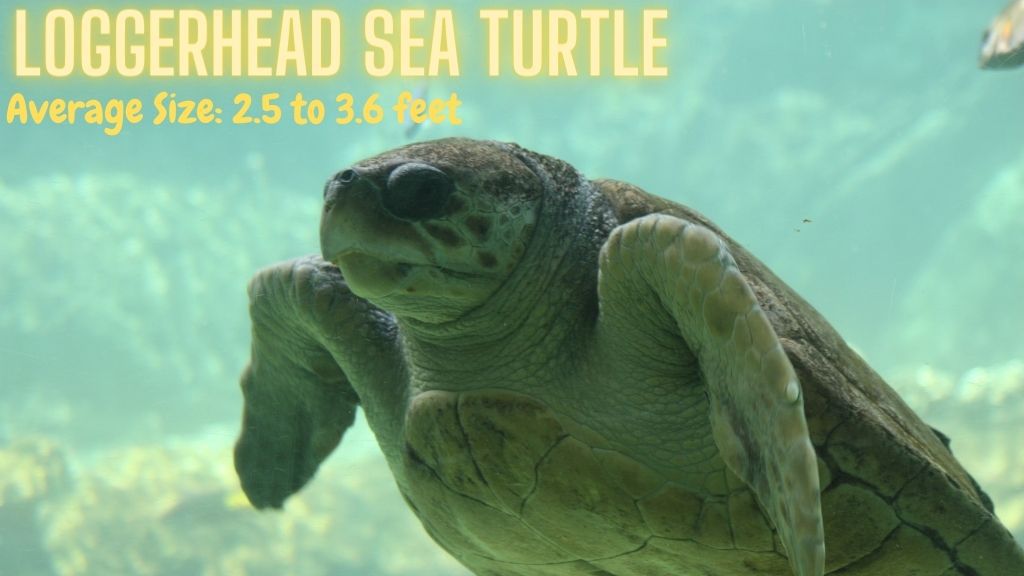 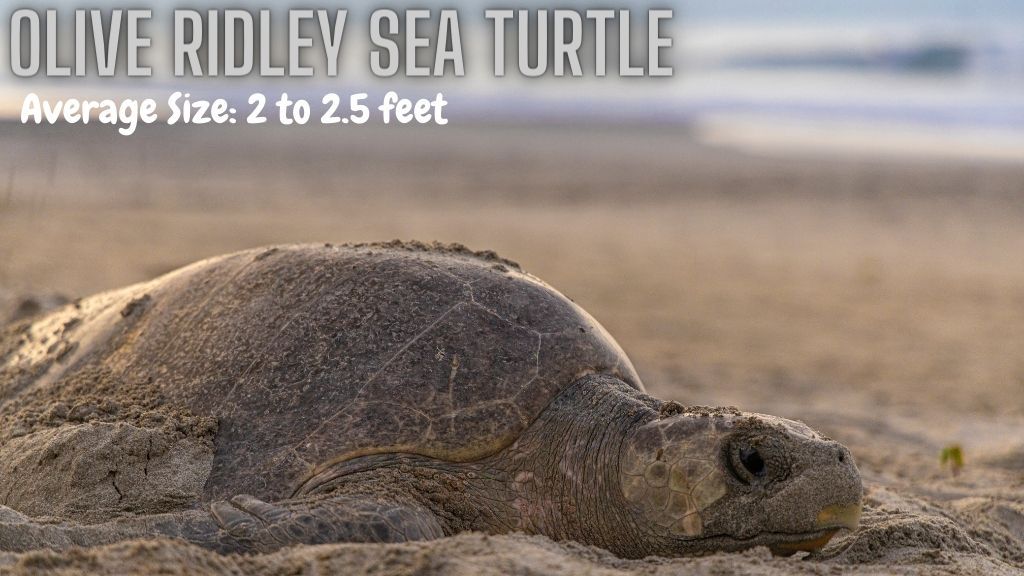 How Big Is A Full Grown Sea Turtle?

The average size range of a fully grown sea turtle lies between 2.5 to 4 feet. An adult marine turtle can be below the limit or as big as 6.5 feet depending on the species.

Sea turtle species, such as Olive Ridley and Kemp Ridley, grow around 2 feet at their adult age. The Hawksbill sea turtle, loggerhead sea turtle, Green sea turtle, and flatback sea turtles get over 5 feet when they are fully grown.

Among all the marine species, the leatherback sea turtle is the largest. A fully grown leatherback has a carapace length of about 5 to 6.5 feet.

What Is The Largest Sea Turtle Ever Recorded?

Remember, the 10 feet was not the size of the leatherback turtle’s carapace. Instead, the length of the creature was measured from the tip of the beak to the endpoint of the tail.

The leatherback sea turtle is undoubtedly the largest marine turtle. At the same time, the species is also the biggest among all turtle species. The creature is also famous for being the fourth heaviest reptile in the world.

While other marine turtles hardly reach over 3 feet, the average size of the species is 4 to 6.5 feet. Some leatherback sea turtles may gain a carapace size of 9 feet when they are fully grown.

Why Are Sea Turtles So Big?

Sea turtles are generally bigger than most other aquatic and semi-aquatic turtles. Experts suggest that the matured size of marine turtles actually helps them survive. How?

Well, you know the open ocean is full of uncertainty and predators. When the baby sea turtle leaves the shore and dives into the water, it is exposed to all kinds of dangers. For example, a mature shark grows to 28 to 25 feet. Devouring a sea turtle hatchling is a cup of tea for the tiger sharks.

Growing into a large size benefits the sea turtles to fight their opponents. With their streamlined body and large flippers, the marine turtles escape any danger within moments.

Again, the cold is terrible in the open sea. As an ectothermic species, sea turtles also depend on external heat.

However, these turtles are biologically programmed to generate a considerable amount of heat to survive until adapting to the conditions. Some experts believe a big body size and a thick layer of fat help marine turtles maintain a warm body temperature in the cold.

So, marine turtles have evolved in bulky size to cope with the environment. The large body of these turtles is their weapon of daily survival.

How Do Sea Turtles Grow And Develop?

Each marine turtle hatchling is born on the seashore. After coming out of the eggs, the babies go towards the sea and start their life.

The sea turtles tend to live in deep water and far away from civilization. With sufficient food, the marine turtles grow into their desired size. These turtles return to their birthplace when they are adults and ready to breed.

We have little information about the years between birth and adulthood of the sea turtles. Hence, it is not possible to draw the exact growth chart of these turtles because of the lost years. But fortunately, we know the hatchling size of the sea turtles.

Here is a chart that includes the hatchling size of different sea turtle species:

The baby sea turtles grow slowly into their full length. Most of the species stop growing once they gain sexual maturity, which at the age between 10 to 50 years.

If you want to learn more about a sea turtle’s life cycle and lifespan, go and check this article.

Sea turtles are bigger than most other turtle species. The larger body works in its favor to survive in the open ocean. Often the marine turtles are seen roaming around the beach. Try to rescue the pets or call the concerned authorities. In case you do not know how to identify a sea turtle, follow this article here.