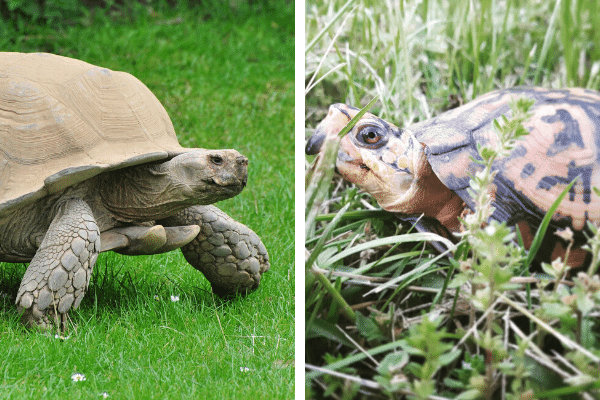 Many of us think, box turtles and tortoise are the same thing. There are some definite differences between a box turtle and a tortoise.

Many of you may still wonder what the differences between a turtle and a tortoise are. Well, this article might clear all your confusions.

Differences Between A Turtle And A Tortoise

First of all, let’s find out what are the fundamental differences between a turtle and a tortoise.

Physical Differences Between A Box Turtle And A Tortoise

These differences can vary from subspecies to subspecies.

Similarities Between A Box Turtle And A Tortoise

Though a turtle and a tortoise have some differences, they have some similarities too.

How To Identify Box Turtle

For some of you, it may sound challenging to identify the subspecies of box turtles. It is actually a simple task. By following some characteristics of a box turtle, you can distinguish its subspecies. Here I will demonstrate some aspects which might help you with this.

In spite of having some similarities, a box turtle and a tortoise are considered different species. I have explained why and how to identify a box turtle. I hope this article has helped you to clear your confusion.