If you think that turtles are similar to amphibians, then you’ll be greatly mistaken. Turtles are reptiles which means they are a terrestrial vertebrate which can lay eggs with a hard shell. Like amphibians, turtles aren’t linked to the water. Due to the expanded lungs system, they can stay on land for a long period of time. In this article, I’ll try to give a brief explanation on how long can pet turtles stay underwater.

The duration of pet turtles staying underwater depends on many factors. Some of the factors are the age of the turtle, the temperature of the environment, metabolism rate etc. As an example, when the outside temperature hits below 50 degrees Fahrenheit, most aquatic turtles start to hibernate. During hibernation, turtles can stay underwater for months due to their slow metabolism rate.

Turtles start to hibernate during the cold months when the temperature falls below 50 degrees Fahrenheit. In the north, this inactive period can range from October to March. However, if the temperature rises in between, the turtles will get off from their hibernation and get active again. In far down South, turtles don’t even hibernate if the temperature is high enough.

Aquatic turtles like to hibernate deep inside the bottom of the water, in shore banks, pastures or woody areas. When hibernating underwater, turtles can dig about 2 meters inside the mud.

During the hibernation period, turtles do not breathe oxygen. However, they absorb oxygen through their skin. Their bodies (hearts, brains, blood, shell) get adapted according to the new situation.

The warmer the climate, the faster is their metabolism rate. As a result, they need much more oxygen, which limits their underwater time period only to a few minutes. During the night, as the temperature cools down, turtles can stay even an hour in underwater easily.

How long can a red-eared slider turtle stay underwater?

Slider turtles can stay underwater for an extended period of time. During the hibernation, slider turtles dig deep into the muddy floor of water bodies. They can stay there until the whole winter is over. Sliders can accomplish this with their slower metabolism rate and the way by which they take oxygen from the water.

Here is an interesting fact, there is a type of turtle species called Fitzroy river turtle. They can stay underwater for an indefinite amount of time with their adapted cloaca. They can absorb oxygen with their cloaca, (in other words butts!). 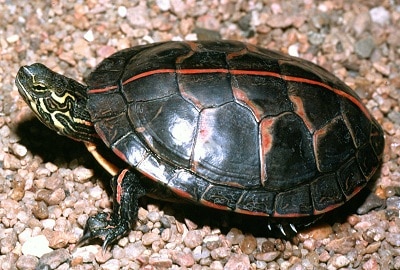 Like sliders, painted turtles can also stay underwater for a long period of time, especially during the hibernation period. They start to hibernate when the temperature falls below 50 degrees Fahrenheit. Like sliders, they can pass the whole winter underwater.

Here is an interesting fact regarding painted turtles. Recently, some fossils have been discovered which suggested that painted turtles have been around the world since the ice age. It is a widespread species of aquatic turtle living for millions of years.

How long can a sea turtle stay underwater? 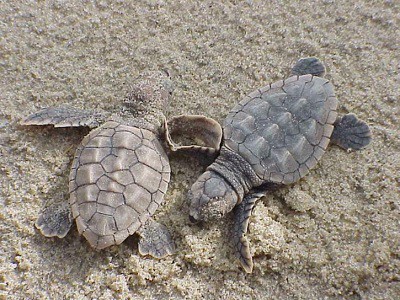 You can rarely see a sea turtle on the land. However, even they have to surface out of the water to breathe oxygen. As a result, their specially adapted lungs are well suited when they dive deep into the sea. Sea turtles can circulate oxygen through their body by moving the flippers.

How long can a snapping turtle stay underwater? 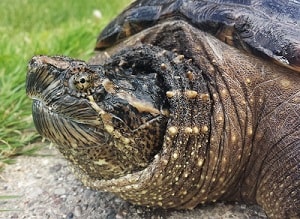 Snapping turtle is a special species of turtle which lives in freshwater, marshes, and swamps. They are omnivorous, which means they can eat both vegetables and fishes. They are generally found in the eastern part of America.

Snapping turtles can stay underwater for some hours. As snapping turtles are cold-blooded, their metabolism rate is very slow. Which means they spend their energy very slowly, which enables them to use oxygen for an extended period of time.

How long can a box turtle stay underwater? 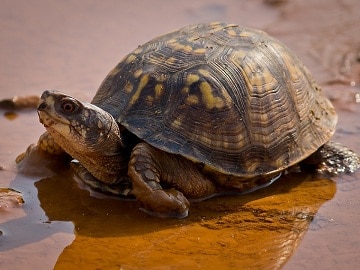 Box turtles are a type of land turtle species. They spend most of their time on lands. Box turtles are not great swimmers. So, they can’t stay underwater. Even, you should only put a shallow water dish in a box turtle enclosure. The dish shouldn’t be deep otherwise the box turtle may get drowned.