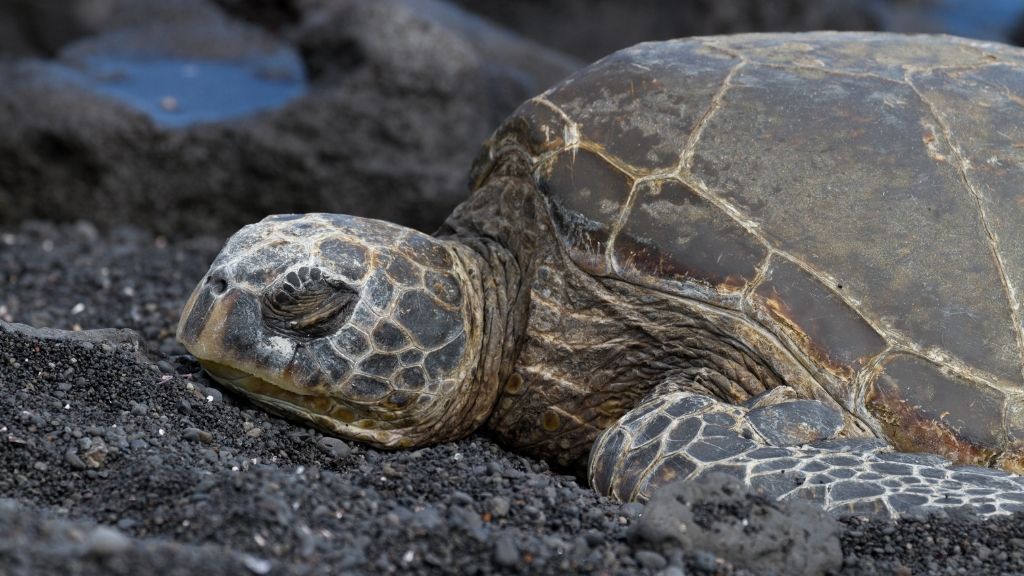 Astonishingly, turtles are one of the minority groups of animals that have eyelids. They sleep, closing their eyelids to avoid the light as much as possible. Not only that, but the turtles also close their eyes while relaxing and taking a rest.

Are you curious to know more about turtle’s sleeping patterns? Read this article to the end and find out amazing sleeping facts about turtles.

Do Turtles Sleep With Their Eyes Open?

I have already mentioned that turtles are among the minority group of animals who have eyelids. The eyelids protect their eyes from any dust, dirt, outside harm, and mostly from overexposure. We humans also close our eyelids whenever we experience brightness. This is the same with the turtles.

Eyelids serve many other purposes in a turtle’s life. These pets also sleep closing their eyes just like us. It helps them avoid the light as much as possible. Even though it is dark, the turtles will sleep with closed eyes.

Closed eyes also help the turtles relax their muscles. You will often notice your turtle sitting on the basking dock or floating on the water surface with closed eyes. It does not mean the pet is sleeping. The turtles are taking a rest or a short nap.

How Do Turtles Sleep?

The sleeping habits and patterns of a turtle are fascinating and different. The beginners often get confused about how turtles sleep. Or do the turtles sleep in their shells?

Well, you know most turtle species have hard shells, which they use for protection. But not all turtles can retract to their shells, especially the soft shelled or sea turtles. From the observation, you can claim that most of the turtles sleep in their shells.

Sleeping in the shell ensures their protection against any predators. Some turtles retract to their shells even when they are resting. The baby turtles can sleep either retracting or extracting their legs. It totally depends on how secure they feel inside the tank.

You must remember that turtles not only sleep inside the shell for protection. They will sleep there even if there is no danger. And yes, throughout the time, the turtles sleep with their eyes closed.

How Long Do Turtles Sleep?

A turtle gets an average of 4 to 7 hours of sleep every day. Their sleeping is more like a resting state as they have to come to the surface for air. Age plays an important factor in a turtle’s sleeping hours.

A baby turtle is more active than the adult one. So, it sleeps less than usual. For a baby turtle, 4 hours of sleep is enough. On the other hand, an adult turtle requires more sleep than the hatchlings. It will spend around 7 hours or more snoozing or napping.

Another factor that impacts a turtle’s sleep is temperature. In low temperatures, the turtles tend to take a long nap. Imagine the hibernation period of these species. Hibernation resembles the long sleep of turtles on a different note.

A turtle hibernates during the winter when the temperature drops. As an ectothermic species, the pets try to cope with the environment by shutting down the causal day to day activities. And at that time, the turtles spend their time sleeping. Usually, the hibernation period can extend from 3 to 7 months depending on the geographical location.

Where Do Turtles Sleep?

Depending on the species, the sleeping place of a turtle can change. The experts claim each turtle has a favorite space to sleep on. Without any solid reason, turtles do not change their spot.

A turtle can sleep underwater, on the water surface, on the land area, or at the basking dock. It totally depends on the turtle species and the pet’s preference. Some turtles may switch their sleeping space under special circumstances.

Most of the aquatic and semi aquatic turtles sleep underwater. For example, red eared sliders, painted turtles, musk turtles, softshell turtles, etc. These species will bury themselves at the bottom of the enclosure, lake, or pond and go for a sleep.

Sea waters tend to sleep in deep water. But sometimes, they can be spotted sleeping among the rocks near the seashore. However, box turtles prefer sleeping in dry areas rather than water.

You already know depending on the species, a turtle can sleep underwater. The sleeping of a turtle is not like humans. Rather it is more like a resting period. In the previous section, I have mentioned that a turtle sleeps around 4 to 7 hours. But how do they manage to stay underwater for so long?

Usually, a turtle can hold its breath for 45 minutes underwater while continuing its daily activities. But during sleeping, it can not stay underwater in one breath for too long. So, the turtle has to come to the surface to replenish its lungs and then dive again. This species is biologically programmed to do this.

While sleeping, the body metabolism of the turtle slows down. Due to the drop in activity and heart rate, less energy is wasted. And so, the oxygen requirement of the turtle becomes limited. The lesser the oxygen consumption, the more time the pet can stay underwater.

The outer environment plays an important role in helping a turtle sleep for a longer period. If you lower the water temperature by a few degrees, the pet might sleep for a bit longer.

Most turtle species are bi-modal, which means they can breathe in both water and air medium. For example, softshell turtles absorb 70% oxygen underwater via their pharynx. The throat or pharynx has tissues with blood vessels that work as a great surface for oxygen absorption. This breathing technique is recognized as pharyngeal breathing.

Again, the painted turtles have rear muscles that help them in gas exchange underwater. The musk turtles utilize their neck to do the breathing while staying underwater. For further details, you can check this article.

Can Turtles Sleep In The Dark?

Experts claim that the pet turtles become diurnal with time. It means these turtles divide the 24 hours into 2 cycles, day and night cycle. They complete all their daily activities in the day cycle and sleep while the sun is down.

So, can the turtles sleep in the dark? You already know turtles sleep with their eyes closed. They do it to minimize brightness and muscle relaxation. Now think wouldn’t it be great if there is no brightness at all?

Turtles prefer sleeping in the dark rather than in the light. Do not be afraid of putting off the light of your turtle’s enclosure during the night. Even if they are not sleeping, they will swim or take a rest. You will be amazed to know that this little pet can see in the dark.

Their night vision is similar to humans. They can not see anything instantly when it is black. But with time, their eyes get adjusted to the darkness and enhance the vision of the turtle. Find out how powerful a turtle’s nightlight is by clicking here.

Turtles do not need any light for sleeping. But owners set up night lights inside the turtle enclosure to attain 2 goals. Such as,

Do not use the usual bulbs as your turtle tank night light. There are proper night lights available in the market specially designed for turtle tanks. Experts suggest using red or blue lights as the night viewing bulb.

Given the plethora of choices, it is tough to decide which night viewing light is the best. I hope this article will help you get the right night bulb for your pet turtle.

Why Are My Turtle’s Eyes Always Closed?

Turtles sleep with their eyes closed, which is totally normal. Even you may find your pet taking a nap on the dock closing its eyes. But what if your turtle is not opening its eyes at all? Is it sleeping? Or is something wrong?

There are 2 possible explanations for this condition. Such as,

If the pet is hibernating, then you have nothing to worry about. Just make sure that there are no lackings in the turtle’s care. Most turtles tend to hibernate if the environmental temperature drops. As they can not generate heat, to cope with the situation, the pet has to hibernate.

Another possibility is, your turtle is suffering from eye problems. Generally, Vitamin A deficiency causes swollen or puffy eyes, and closed eyes. Again, a turtle may keep its eyes closed due to an eye infection.

In any case, you should consult a vet. Eye infection of turtles can be severe if goes untreated. Check this article, and find out the home treatment of your turtle’s closed eye condition.

Why Is My Turtle Sleeping With One Eye Open?

Many owners complain to me that their turtles sleep with one eye open and another one close. I personally find it interesting. In most cases, a turtle can sleep in this pattern. You have to admit they are weird and never fail to amaze us.

Sometimes, the turtles take a nap in this style. You may also find their eyes half closed. You can not predict for sure how they feel the most comfortable.

You have to worry if your turtle is not opening one eye at all. It means the pet is sick and suffering from an eye infection. Talk to the vet and give the pet prescribed medicine.

Turtles will sleep closing their eyelids, except some species. Provide the pet the best environment for a sound sleep. If you find something unusual with the turtle’s sleeping pattern, consult a vet immediately.

link to How Fast Can A Snapping Turtle Run?

Snapping turtles are considered aquatic due to their fondness for water. These creatures are hardly seen on the basking dock with their moderately bulky bodies. It can make you wonder whether these...

The myths about a turtle’s speed have not lost their popularity yet. People believe turtles are anything but not made for a sprint. Rather, they are more of a marathon material. Is this true? Can...