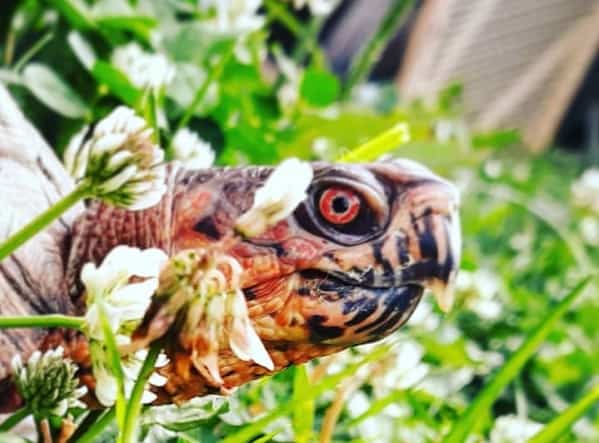 One of the most common thoughts that occurs to new box turtle owners is whether their pet box turtle can survive in the wild or not. I conducted some comparative analysis on this matter and decided to find out what exactly is the case.

Pet box turtles cannot survive in the wild. The reason is that box turtles get tired easily and it is tough for them to fend for themselves out of their usual habitat zone.

However, it’s not just the wild environment that a box turtle has trouble coping with. If you are interested to know more about what happens when a box turtle is released in the wild, I’ll suggest you to read along.

Factors To Be Considered Before Releasing Box Turtles

There are several factors associated with whether a box turtle can be released in the wild. Some of which include –

The reason these factors are to be considered is that box turtles are sensitive creatures. They don’t tend to do well in an environment outside of their familiar zone or comfort zone. There always remains the threat of not being able to cope up, even in a homestead environment.

If a box turtle is sourced from the wild, chances are that it can be released back into the wild, only if it is not reared as a pet for long. Once a box turtle gets used to a domestic environment, it is hard for them to cope again in the harsh wild nature.

This is a big NO. A domestically sourced or pet box turtle should never be released in the wild. The reason is that they never had to fend for themselves or survive in extreme conditions. A box turtle would almost definitely fail to cope with the wild environment and perish.

Releasing a pet box turtle is not only wrong on moral grounds but it is also illegal to do so in certain parts of the world. Care should be taken while sourcing box turtles for pet purposes so that it conforms with local laws.

Why Shouldn’t Pet Box Turtles Be Released In The Wild?

In addition to the most apparent answer that the chances of coping with a different environment are a bare minimum, there are other factors as well that dictate why a pet box turtle should not be released in the wild.

One of the more common reasons is that box turtles are not a hibernating breed of turtles. In winters, it is common for many species of wild turtles to go into hibernation. However, box turtles in its evolutionary stage have never had such a coping mechanism.

So if a pet box turtle is suddenly released in the wild environment, chances are that it will fail to cope up with the cold nature and die shortly.

Another reason is that the box turtle holds a profound connection with the place they are born in. In its lifespan, a box turtle would not wander far off from its initial habitat. The reason is that movement from a known environment causes immense stress for them.

A comparative study has shown that 30,000 box turtles were displaced from their local environment over a course of 41 days. The result of the displacement was that almost more than half of all the box turtles died within a short period due to the lack of coping mechanisms. This shows why it is a bad idea to release a box turtle into the wild.

Impacts On The Environment

Releasing box turtles into the wild has some critical impacts on the environment as well. It might be thought that the only negative impact is on the box turtles being released itself but that is not the case.

Every typical wild nature would have enough provision to sustain the existing number of species in it. This is also true in the case of box turtles and their wild environment.

Most of the wild environments have just enough provision to sustain the existing number of box turtles in the wild. However, if all of a sudden people decide to release their box turtles, what would happen?

It would disrupt the ecological balance. There will arise food shortage as well as habitat shortage for the box turtles. It cannot be emphasized enough how bad the environmental impact would be on the species.

Captive-bred box turtles are artificially reared. The process is miles different from the wild ones where most of the turtles are on their own. Now, this might seem to be a typically good option to rear box turtles in a closed environment, but what is required to be understood here is that captive-bred box turtles also tend to develop various types of virus and pathogens among them. A turtle might appear to be healthy but internally they hold the presence of various foreign bodies.

By now, it is clear that pet box turtles should not be released in the wild environment. While even sourcing them for pets, care should be taken that it is sourced from a captive breed, definitely not wild breed. For the safeguard of these gentle and harmless species, local animal conservation authorities should be consulted to get a better idea about their care and nurturing process.

link to Box Turtle Full Size: How Big Can They Get?

A box turtle's size is indeed an important information that each turtle owner should know. I have researched a lot to get accurate information on box turtle size. An adult box turtle can be 4 to...

Continue Reading
link to Can A Box Turtle Survive In A Fish Tank?

Like all other pets, turtles need a suitable environment to live. Often the new pet owners get confused about where to put his pet box turtle, and the first thing pops up in their head is a fish...